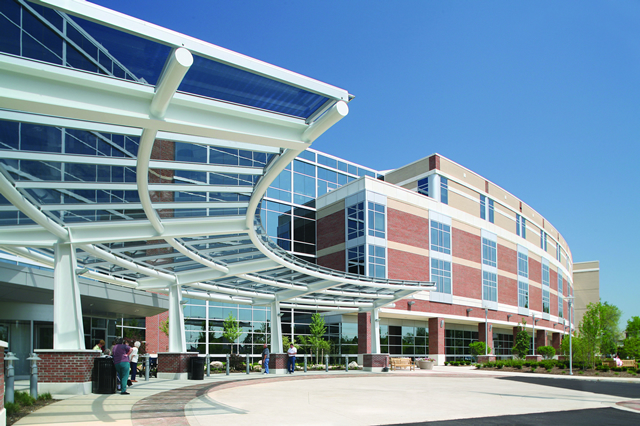 Aultman Health Foundation is in the process of purchasing Alliance Community Hospital.

Board members of both entities have approved a letter of intent that would enable the Alliance hospital to become affiliated with Aultman by the beginning of next year.

Between now and then, Aultman will begin its due diligence, which will include coming to an agreed purchase price. Proceeds from the sale will be deposited into the Alliance Community Hospital Foundation -- to be used for health care needs of the Alliance area.

"It makes sense for us ... we want to be a regional health care system," Roth said during an interview Wednesday.

Terms of the arrangement will enable the Alliance hospital to retain its name, non-profit status and executives. Its current overseer -- the Alliance Citizens Health Association board -- will be replaced by a new governing board, comprised of seven members selected by Aultman and seven by Alliance.

The centerpiece of the not-for-profit Aultman Health Foundation is its 125-year-old Aultman Hospital. Roth said employees throughout the system were told of the pending deal Wednesday morning. Alliance Community Chief Executive Stan Jonas held an employee forum at 7:30 a.m. Wednesday, with another slated for the afternoon.

"There's sort of a comfort level," said Alliance Community spokesman Harry Paidas. "The staffs ... interact. So, the marriage, if you will, is sort of a natural thing."

Aultman and Alliance have been members of the Independent Hospital Network formed in Stark, Wayne, Holmes and Tuscarawas counties more than two decades ago. That loose arrangement allowed member hospitals to share resources, while remaining separate. Alliance Community already partners with Aultman on cancer and heart centers in Alliance.

"This agreement will allow Alliance Community Hospital to become part of one of the best-integrated health care systems in the Midwest, giving our patients improved access to important specialty care and advanced services," Jonas said in a press release. "We are joining forces with an organization we trust and highly respect. When we decided to look for a partner ... Aultman was our clear choice."

Nationwide, nearly 1 in 3 hospitals loses money on operations, according to the American Hospital Association. And hospital operating margins have continued to shrink. Although government insurance programs, Medicare and Medicaid, cover more than half of hospital patients, payments for those patients average only 89 cents on the dollar, according to the Association.

A study by FTI Consulting's Center for Healthcare Economics and Policy found that 607 hospitals across the country were acquired by another health system from 2007 to 2013.

"The health care economics that hospitals are dealing with is challenging," said John Palmer, a spokesman for the Ohio Hospital Association, adding that the driving force behind partnerships, mergers and purchases is an effort to provide stability and predictability.

Roth said residents of the Alliance area will benefit through "high quality care at the best possible cost," as the two sides work together to iron out terms of the pact. The purchase would ultimately have to be approved by both the Alliance and Aultman boards.

Paidas said he wasn't yet sure of the financial details of the deal. According to recent IRS 990 tax forms, Alliance Community Hospital has total assets of about $104 million, while its Foundation has assets of about $2.7 million.

Roth said the Alliance hospital will retain its local voice.

"We view this as more of a collaboration than (acquisition)," he said.